The Oculus VR Inc. Go wireless Virtual Reality (VR) headset is arranged for a photograph during the Game Developers Conference (GDC) in San Francisco, California, U.S., on Wednesday, March 21, 2018. Oculus VR Inc. showed a new wireless headset, which is designed to take VR mainstream, for the first time at the GDC.

IDC’s latest figures made the rough reading. It is likely that even the one segment that is showing growth will soon run out of steam. VR exists in three categories: 1. Screenless viewers that use a mobile phone; 2. Headsets tethered to a remote computer or console and 3. Standalone headsets where the computer is embedded in the unit.

Virtual Reality: Steep Decline Is More Than A Hiccup

Hence, once the initial demand for the standalone units is satisfied, it will see a similar profile to the one being suffered by the tethered units. This is because the main issues of VR are not close to being solved. These remain:

Many of the devices cost several hundreds of dollars and also require a PC to run, further increasing the cost. Oculus Go does address this issue. The expense of raw performance still costs $200.

VR units are still large, clunky and uncomfortable to wear. In many cases they also make the user feel foolish when wearing one.

VR cuts the user off from almost all sensory inputs from his immediate environment, severely limiting the situations in which the user would feel comfortable using one. Many units also cause feelings of nausea due to an imperfect replication of the real world compared to what the brain is expecting.

To bring VR to the mainstream, these issues need to be solved with no compromises. Standalone units currently do make a compromise on the user experience. One possibility is to move the VR computer function into a remote unit and to stream the visuals wirelessly to a dumb headset. This has issues all of its own around latency and the very high bandwidth connection that is required, but progress is being made on these with 5G and with video compression (eg NGCodec). you may like NASA Launched Two Virtual Reality Apps

Hence, VR will remain ancillary to the propositions offered by the big ecosystems and incapable of influencing a user’s purchase decision on where to live his digital life. The result will be relatively low volumes and the disappointment compared to the hype. This regularly surrounds product demonstrations. Investors in this space need to have a very long-term horizon. 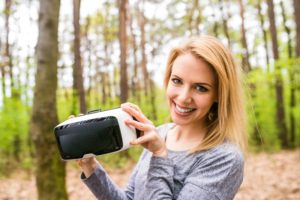 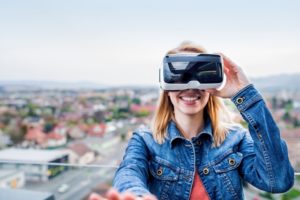