Virtual reality is making many inroads in prison teaching of inmates to equip them with necessary skills to be able to earn a living on their release. Technology has progressed much and has made an impact on prison life as well. Teaching prisoners via virtual reality is a challenge and this has been taken up by socially conscious people who are interested in the rehabilitation of prisoners. 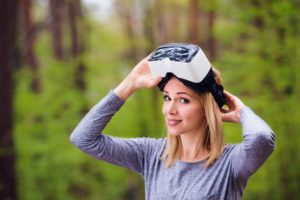