Healthcare is more personalized care and therefore key technologies will play an important role in its implementation. There will be much impact of technology in healthcare paradigms by 2025.

It is interesting to note that technological advances in the fields of computing, machine learning, nanotechnology, and L d electronics are all playing a role in helping reshape the industry

There is more data available nowadays in the healthcare research and delivery areas in order to analyze and make sense of entire genome sequences. This present amount of data will no doubt increase exponentially by 2025. Highly complex healthcare problem can be solved.

Humans are still limited in terms of the volume of information that can be rather processed quickly. Artificial intelligence does make this process faster by several degrees. The idea is to improve healthcare service delivery.

One expects a lot more robots operating in the healthcare sector by 2025. Aethon’s TUG robots that will indeed help hospitals internally transport their pharmacy supplies, lab samples, patient food, clean or soiled linen or even trash, all by themselves. Then there are of course the patient and elderly care robots that do help in lifting patients from beds to wheelchairs and back such as the Robear robot or the Riba robot in Japan. Finally, of course, robots can also play a role in pediatric therapy for autism disorders, phobias and as distractions.

At the nanoscale, robots can, in fact, play entirely different roles. Ongoing research is exploring the potential nanorobots that can have vitals in monitoring, also performing body functions (e.g. carrying of oxygen, destroying infectious agents such as bacteria), targeted drug delivery (e.g. cancer therapy, blood clotting) or rather even to perform nanoscale, in situ surgeries. Nanotechnology applications in healthcare do include assisting biological research (cell simulations), being intracellular sensors for diagnostics and playing a role in molecular medicine (genetic therapy). One hopes to such applications by 2025.

The year 2025 can usher not just the introduction of robots inside one’s bodies, but also the true transformation of the human body itself into partial robotic beings. This can indeed manifest in several forms which are visible as limb replacements, organ replacements, internal electronics and capabilities, limbs or senses that are enhanced in function compared to their normal counterparts. The creation of artificial pancreas is also being researched, and it is hoped to have a more sophisticated version of these devices that may even be implanted in the human body in the future.

Another form of cyborgization is making use of brain-computer interfaces in order to connect a wired brain directly to an external device. Apart from the research and brain-mapping applications that are currently in use, the technology is indeed being developed for “neural bypass” applications.

Existing examples do include cochlear implants as well as pacemakers, while applications that are being developed include retinal implants (to restore sight) and spinal cord stimulators (for pain relief).

The aim is to develop a hand-held portable diagnostic device that can indeed scan the human body and also diagnose their ailments within seconds. The device it is hoped can by 2012 aims at diagnosing 13 medical conditions (10 required, 3 electives) that include strep throat, sleep apnea, and atrial fibrillation, with a consumer-friendly interface device weighing no more than five pounds.

It is hoped that 2025 can be a digital avatar thus appearing in holographic projections in order to assist patients and caregivers with their healthcare queries. Beyond answering queries, of course, it could perhaps also schedule appointments for a physical checkup with a doctor in one’s network.

3D printing is a well-known technology having several applications in healthcare, which include orthopedic devices and several implants. Another application that is indeed being considered is of 3D-printed medicines, which can allow alteration of daily dosage and also enable personalized medicine by customizing formulations of the drugs. 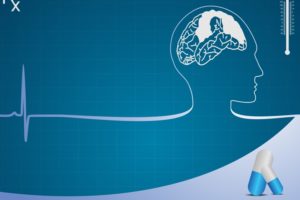